With the COVID-19 virus keeping most of the country on lock-down we are forced to consider whether or not to cancel our June Benefit Trial scheduled for June 6-7. The decision has not been made at this time; we will make the decision in early May. This is the major fund-raiser for the Museum’s annual operating expenses, so we truly hope we can proceed. If not, we will reschedule for later in the year.  Please remember that the Museum operates ENTIRELY on donations. If you are able to make a donation it would be greatly appreciated!

We are continuing to fulfill our purpose of EDUCATION to the general public and continuing to expand the web site and the Museum itself. We are working closely with the JRTCA towards purchasing a property that will permanently house the Museum. This is very important – we cannot expand and fulfill our mission without space to do so, and space that will be a permanent investment and prevent more costly moves in the future. Our efforts are delayed due to the problems in the country currently.

While things are quiet, we are not asleep! We are still working for the preservation of the true Jack Russell Terrier!

The August Museum Trials were rescheduled for Oct 31-Nov 1.   Trial results below.

Sanctioned by The Jack Russell Terrier Club of America

All exhibitors must be current members of the JRTCA.

We have included a few “outlaw” classes for other dog breeds that would like to come and have fun.

The outlaw classes include: 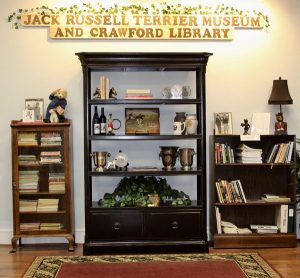 The Museum is now approaching three years since its founding in July 2017. Thanks to your support we have managed to build a good foundation, and the Museum is up and running and has a lot to see. It will be greatly expanded in the years to come.
Please remember that we operate ENTIRELY on donations. We will be holding our main Benefit Trial fundraiser June 6-7 in Littlestown, PA. Please join us for a fun terrier weekend – if you are unable to attend, please sponsor a trial class. We hope to raise enough funds to cover our operating expenses through the rest of this year.
Our main focus this year will be to fulfill our purpose of EDUCATION to the general public and continuing to expand the web site and the Museum itself. We will be working closely with the JRTCA towards purchasing a property that will permanently house the Museum. This is very important – we cannot expand and fulfill our mission without space to do so, and space that will be a permanent investment and prevent more costly moves in the future. We have just about filled up all of the space that we are now renting, and it is a small portion of what we want to display.
PLEASE SUPPORT THE HOMESTEAD! We need to have money for a down payment to make this dream become a reality. We did it three years ago, we made the Museum a reality, we can do it again and put a permanent roof over our heads!
You can make a donation on line here at this website, or you can send it in to the central office at 16925 York Road, Suite B, Monkton, MD 21111. Your donations are tax deductible, and no amount is too large or too small. We want to make this happen THIS YEAR! Your support will help us get there!

Sanctioned by The Jack Russell Terrier Club of America

All exhibitors must be current members of the JRTCA. 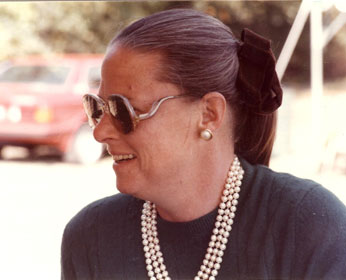 It is with a heavy heart that we must let all of our JRTCA family know that we lost a wonderful lady, Ailsa Crawford, founder and President Emeritus of the JRTCA.

Ailsa dedicated many years of her life to building a club and registry to protect this little white dog that we all love. Above all she would want to know that all lovers of the true Jack Russell Terrier will carry on her dedication to this terrier, and protect it for years to come.  She has left a great legacy.  Everyone please say a prayer and a thank you to the best friend of the Jack Russell and the JRTCA – she will always be remembered and sorely missed.

Funeral services will be held on August 27th in Gladstone, NJ.  Please contact us for additional information.

A change has been to the Museum terrier trial (Jun 22-23).  The dinner has been moved from Friday night to Saturday night at 7 PM.

The Museum is of course still a work in progress, but on April 26th it became a reality with the first opening with a wine & cheese celebration attended by about 40 JRTCA members.  It seemed that all those who attended were impressed by this first look at the Museum & Library, and great enthusiasm was shared by all.

Many thanks to Jack Batzer who did the majority of the setup, to Nita & Wayne May, Bob & June McCarty, Joan & Jessie Crouse, Sally & Charles Hickey, and Catherine Brown who have also assisted in the setup and in donations of furnishings to the Museum.  A huge thanks to Bettyann Senf for taking photos the night of the open house, which are shared here for all to have a sneak preview of the museum.

Rob & Deb Mahon of Canada attended the open house and presented the museum with a lovely custom- made cabinet with a stained-glass Jack Russell design on the front.  Thank you – it will be displayed with pride for many years to come!

Thanks to Sally & Charles Hickey for the food setup, Joan & Jessie Crouse for their assistance, and Chip McDaniel for his beautiful veggie trays.  It was quite a spread enjoyed by all, many thanks to all who attended.

Some of the Museum contents include the original JRTCA registration book, posters from the first JRTCA National Trials, many books including several first editions of Parson Russell’s memoirs, trophies from the first trials, great artwork, and much more.  Videos run for visitors with much history.

Although the Museum is now a reality, it is far from completed.  It is just the beginning.  The memorabilia collected so far is mainly pre -1990’s.  There is much still needed, including input from our foreign affiliated clubs so that all JRT clubs who share our common goal are represented.  We also want to have displays from Russell Rescue and the JRT Research Foundation.

The next planning to step is gathering photos of the terriers and breeders who were influential in the early pedigrees that were our foundation in the USA.  Also early judges, conformation and working, many of whom are no longer with us but are not forgotten.  Videos are being gathered for displays. Scrapbooks are being made with articles and other important information over the past 40 years.  Artwork and more to be expanded.

Perhaps most importantly, we need to display a good portrait of our founder and President Emeritus, Ailsa Crawford, with a biography of her life.  Without Ailsa Crawford, none of this would be a reality.

As you can see, there I much work to be done.  If you would like to help, we are also forming committees to do the projects needed.  Just email us at office@jackrussellterriermuseum.com.

The Museum Benefit Trial is coming up on June 22 & 23 at the Fredericksburg Fairgrounds in Fredericksburg, VA.  This is a big undertaking for the Museum Board, and very important to raising operating funds for the Museum.  Help is needed for the trial weekend – stewards, setup/teardown, etc.  It is very important that we make a good profit on this only fundraising event, please sponsor a class or send a donation!  You can sponsor a class on-line.

The following is a video taken inside the Jack Russell Terrier Museum.  We hope you enjoy it!

MEET US AT THE MUSEUM!

The museum is just 15 minutes south of the Mason-Dixon Trial Site (Entrance on side of building).